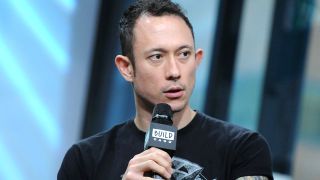 It’s been less than a week since Slipknot launched their new track Unsainted – but Trivium’s Matt Heafy has wasted no time in releasing his acoustic take on the song.

The vocalist and guitarist uploaded a video to his YouTube page showing him cover the single, which will appear on Slipknot’s upcoming sixth album We Are Not Your Kind.

Heafy says: “This cover was recorded during Kiichi Chaos Karaoke – a time where subscribers of my Twitch page choose a song for me to learn, timing down the pick by five minutes auction-style.

“Once picked, the song has to be learned and performed in its entirety – immediately – no matter how long it takes.”

Check out Matt’s acoustic cover below.

Trivium’s most recent album was 2017’s The Sin And The Sentence.