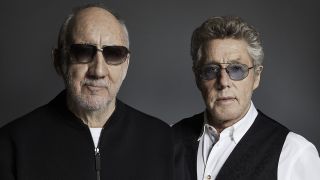 Rock legends The Who are are to celebrate the 50th anniversary of their classic album Live At Leeds with an "intimate acoustic show" at the 2000-capacity Pryzm nightclub in Kingston Upon Thames, West London.

Live At Leeds was recorded at the University of Leeds Refectory on 14 February 1970. Its bicentennial will be marked at Pryzm – one of the smallest venues The Who have played in the last four decades – on the same date next year.

Album and e-ticket bundles go on sale on Wednesday December 11 at 11am from famed Kingston store Banquet Records.

The Who will embark on a UK tour the following month, where Daltrey and Townshend will also be joined by guitarist Simon Townshend, keyboardist Loren Gold, bassist Jon Button, and drummer Zak Starkey. They’ll be joined by a full orchestra.

The Who: Who
The Who return with their new studio album Who – their first record since 2006's Endless Wire. The album will feature the tracks Hero Ground Zero and Ball And Chain.View Deal