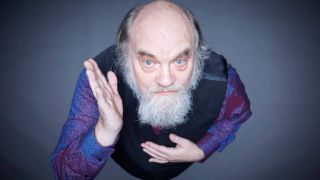 The Enid return to duty with a one-off live show at The Met in Bury, Greater Manchester on October 25. It heralds the start of fresh activity from the band in the wake of leader Robert John Godfrey's misdiagnosis with Alzheimer's in 2016.

“I did not expect to still be alive but here I am," says Godfrey on the band's website. "The band have chosen to premiere their new album at The Met in Bury (Greater Manchester) with a special concert to launching a new chapter in their long career."

A new tour in also expected to be announced at the same time.

The current line-up of the band features Godfrey, guitarist Jason Ducker and keyboard player Tristan Mitchard. They will be joined for the Bury show by guests Dave Storey (drums) and percussionist and bassist Nic Willes.

Tickets for the Met gig are priced at £26 in advance, £28 on the door and £13 students and concessions including fees. Tickets are available from the venue website.