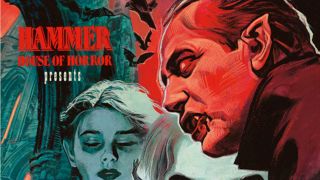 The Damned have announced a one-off show at prestigious London venue The Palladium.

Dubbed An Evening of A Thousand Vampires, the show takes place on October 28 and sees the punk icons teaming up with The Hammer House Of Horror to “bring a special immersive theatrical experience” that features cabaret performances and appearances from the cast of The Circus Of Horrors for “a night that promises shock, awe and gore.”

Tickets for An Evening Of A Thousand Vampires are available now.

The Palladium show follows a brand new compilation, Black Is The Night, released on October 25 and available to pre-order now.