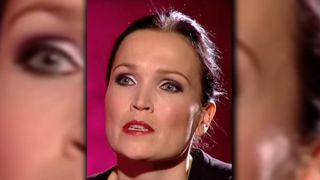 Tarja Turunen says rock singing never came naturally to her and that she had to work hard to make the switch from her classical background.

The former Nightwish vocalist says she pursued a career in rock because she loved the genre, but to this day she’s still outside her comfort zone when it comes to heavier music.

Tarja tells Transilvania Culturala: “It was a huge challenge, it still is a huge challenge to sing rock, because I never thought of becoming one of the most followed female singers in rock genre.

“But I took the challenge, because I love the music, and it’s all about that. There are no borders in music in general. When I’m doing something, I do it with my heart. And so if I feel good about something, I’m going for it 100%. That’s been my passion in that sense, in music, to feel free.

“But the transition took time. It took years to really feel comfortable with the voice during the rock performances and on the stage. I wanted to do my best. I really worked very hard, but I had no teacher to teach me to sing rock. I kept on taking lyrical singing lessons, and that’s what really made me stronger in rock singing.”

But she says the return to her roots hasn’t seen her turn her back on rock, and she names Muse as one of her favourite current acts.

She adds: “I listen to a lot of music. I listen to soundtracks and I listen to rock and even metal. I listen to pop in general. I love bands like Muse and stuff like that. I always keep my mind very open when it comes to music.”