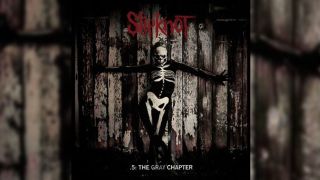 Slipknot's new album has topped both the American and Canadian charts.

.5: The Gray Chapter was released last week and reached no.2 in the UK album chart. It has now surpassed that landmark by hitting the top spot on the US Billboard 200 and the Canadian Album Chart.

It’s Corey Taylor and co’s first album since 2008’s All Hope Is Gone and their first since the death of founding bass player Paul Gray, who died in 2010.

It is also the first since the sacking of drummer Joey Jordison. The new bass player and drummer have not been officially revealed, although Allessandro ‘Vman’ Venturella of Krokodil has all but been unmasked as the bassist.

Jay Weinman is thought to be the man behind the kit.