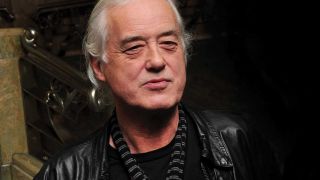 Robbie Williams has issued an apology to former Led Zeppelin guitarist Jimmy Page after comparing his alleged behaviour in a home row to a “mental illness.”

The feud between the pair began when Williams sought permission to carry out renovations to his West London home which is next door to Page’s house – a Grade 1 listed building.

In November, Williams made comments about Page on an Italian radio station – and with the dispute now settled, the former Take That singer has apologised.

Williams says: “I would like to offer my sincere apologies to Jimmy Page, my neighbour, for my comments made before Christmas about him in relation to my recent building works, in which I likened alleged behaviour on his part to suffering from a mental illness.

“Jimmy Page has explained to me that certain specific factual assertions which I made were in fact not true and I am happy to accept what Jimmy Page says.

“I understand why Jimmy Page will have found my comments offensive and I apologise for any hurt that they have caused him and his family as a result.

“I did not intend my comments – which, so far as I am concerned, were made privately – ever to be published. I regret that the press went on to report them and I hope that the press will now remove them.”

Williams made his comments in a radio studio when he thought he wasn’t being recorded.

Jimmy Page: 'People Might Forget What We Did, I Didn’t. I’m The One Who Knew'