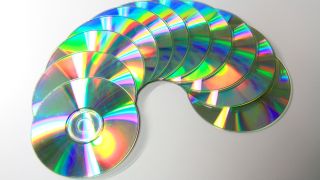 Making private copies of music you’ve bought is illegal again, after the UK High Court overturned a law change that permitted the making of copies for personal use.

Legislation came into effect in October that allowed buyers to copy items they’d purchased into a personal library.

The Copyright And Rights In Performances (Personal Copies For Private Use) Regulations 2014 affected music, TV, film and ebook products. It became acceptable to buy a CD and make a copy for use elsewhere, such as outside the home or for backup purposes. It remained illegal to share the material with others, and also to keep copies if the original item was resold.

The Musicians’ Union and industry body UK Music won their legal challenge in court yesterday. UK Music boss Jo Dipple said: “The High Court agreed with us that government acted unlawfully when it introduced an exception to copyright for private copying, without fair compensation. We welcome the court’s decision to quash the existing regulations.

“It is vitally important that fairness for songwriters, composers and performers is written into the law. It’s only right that government gives us the standard of legislation our music deserves – we want to work so this can be achieved.”

UK Music argued that allowing private copies to be made cost artists £58m a year.