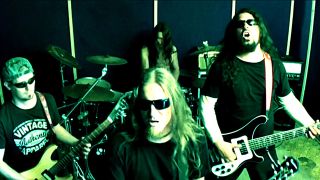 It’s their second take on the former Genesis frontman’s 1986 hit single after it first appeared as a bonus track on their 2012 album Open Wide.

Ad Astra explain: “Although we’re still having a relaxed songwriting and gig free period, we’ve finished the video. The audio track receive a facelift in terms of vocal, sound and mastering to make it heavier than ever before.”

They say the next time fans will hear from them is when they announce new material next year.

Sledgehammer, from Gabriel’s So album, reached number one in the US and Canada, and number four in the UK. Its memorable animated video won a string of awards, including nine gongs at the 1987 MTV Video Music Awards.