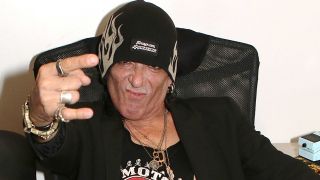 He quit in April last year for the third and final time, citing “constant turmoil, unresolved business, personal attacks” and “disrespect to the fans.” But he later said it would “be cool” if the band could make a final album together.

Now Pearcy tells SiriusXM: “The time has passed for a record. I’m just going to do what I’m going to do. I still have other interests. But it’s a permanent vacation – as far as I’m concerned the door’s shut.”

He’s lost contact with all his former colleagues except Juan Croucier. He says of the bassist: “I’m sure we’ll be working together in the future somehow, but that’s about it.”

Pearcy is continuing work on his fourth solo album, Smash, which he aims to release this year. Lead track I Can’t Take It can be heard via his website.