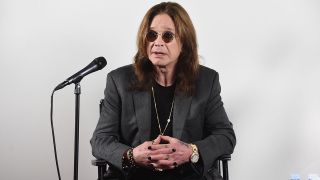 As previously reported, Iron Maiden frontman Bruce Dickinson moved to defend Brexit and revealed he voted to leave the EU – but Ozzy Osbourne has admitted he doesn’t know anything about it as he lives in Los Angeles.

The UK is scheduled to leave the European Union in March next year after the general public voted 52% - 48% in the 2016 referendum.

And when asked for his thoughts on Brexit by The Big Issue, Ozzy responded (via Independent.ie): “People keep going on at me about that – is it a big deal over there?

“What will happen with it? Are people voting in or out, what’s going on?

Over the course of the weekend, 27 EU leaders approved the terms of the UK’s exit from the EU, but PM Theresa May still needs MPs in the UK parliament to back the deal.

Last month, musicians including Bob Geldof, Nick Mason and Brian Eno wrote an open letter to May warning of the dangers of Brexit to the country’s music industry, saying it would turn the country into “self-built cultural jail.”

King Crimson also abandoned plans to tour Europe next year to celebrate their 50th anniversary, and blamed complications and uncertainty surrounding the UK's exit for the decision.