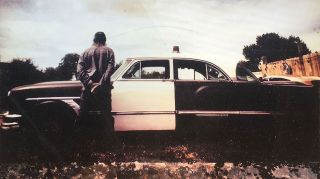 Neil Young + Promise Of The Real have announced details of their upcoming album, The Visitor, and are streaming the track Already Great, a response to US President Donald Trump’s campaign slogan ‘Make America Great Again’. The Visitor comes in the wake of 2015’s The Monsanto Years (also recorded with Promise Of The Real) and last year’s solo Peace Trail. It’s released on December 1.

Already Great reflects Young’s reaction to the direction he sees the US heading in, and opens with the lines, “I’m a Canadian by the way and I love the USA,” while the refrain features the lyrics, “Already great, you’re already great. You’re the promised land, the helping hand. No wall. No hate. No fascist USA. Whose street? Our street!“

In August, Young announced plans to open an online archive featuring every piece of material he’s ever recorded, while September saw the release of the previously unreleased Hitchhiker, a series of session tracks recorded in 1976.

The Visitor is available to pre-order now.

The 10 best Neil Young songs, as chosen by The Virginmarys