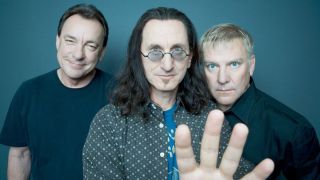 The Canadian trio have been on hiatus since wrapping up their North American R40 tour in 2015, with Lee saying in October this year that there was “no chance” of the band touring again, while guitarist Alex Lifeson previously reported that the band were “basically done.”

Asked in a new interview with Trunk Nation on SiriusXM whether Rush were over, Lee says: “Yeah, I mean, Neil is retired. He hasn't just retired from Rush, he's retired from drumming.

“He's not drumming any more and he's living his life which is fine. Alex and I are cool with it. We're all still total pals. In fact, Alex and I were there just a few weeks ago visiting him and we stay in touch.

“And, of course, Alex lives very near to me, so we're constantly going out to dinner, because he loves to drink everything in my wine cellar! We're still pals, and we all talk, but that period of our life is done."

Lee adds: “Is there more music to come from myself and from Alex? Most certainly. I don’t know when or what shape that will take.”

Earlier this week, Lee released his Big Beautiful Book Of Bass, while Rush’s classic 1978 album Hemispheres was reissued in November to mark its 40th anniversary.

Geddy Lee’s Big Beautiful Book Of Bass
The Rush bassist, vocalist and keyboardist has launched this book which celebrates the history of the bass. It spans 400 pages and is the perfect Christmas gift for that special Rush fan in your life.View Deal