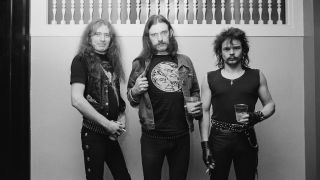 The band’s former guitarist ‘Fast’ Eddie Clarke broke the news on his Facebook page which was later confirmed to TeamRock by Motorhead’s management.

He says: “My dear friend and brother passed away last night. He had been ill for some time but that does not make it any easier when the time finally comes.

“I have known Phil since he was 21 and he was one hell of a character. Fortunately we made some fantastic music together and I have many many fond memories of our time together. Rest in Peace, Phil!”

He contributed to 1992 album March Or Die but departed the band during the recording process. The album was completed by drummers Tommy Aldridge and current sticksman Mikkey Dee.

No cause of death has so far been confirmed.