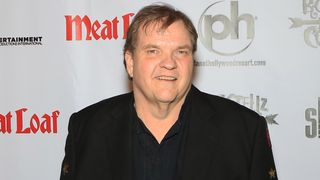 Meat Loaf has been placed on a strict health regime after he collapsed on stage in Edmonton last month.

The singer said the incident was down to severe dehydration and tells Classic Rock he is now seeing a physical therapist four days a week in a bid to lose weight.

Asked how he is feeling since the collapse, Meat Loaf says: “I’m okay. Weak. I’ve gotta go to physical therapy. I had back surgery and knee surgery within the last two years, and the knee surgery failed, so I haven’t been able to work out on tour.

“So I’m going to acupuncture, physical therapy, and a trainer, starting Monday for four days a week, an hour and a half each session.”

A number of shows were postponed in the wake of Meat Loaf’s onstage collapse, but he says they will go ahead eventually and that he won’t step back from future touring commitments.

He says: “I’m in the UK from August 28 to September 10 and then I come to New York for a week and I go to LA for a week, for promo, then I’m coming home to rest for four weeks and do more physical therapy, plus I’ve been on a diet and I’ve lost getting close to 20 pounds now.

“So before August 28 I will lose another 15 before I get to do promo in the UK. So we’re trying to watch out for my health and make it easier onstage.”

Recalling the Edmonton incident, Meat Loaf says: “We were doing really well in Canada, until I got sick and I got dehydrated and then I had to drink what they call pedialytes – gallons of them.

“I knew I was about to go and I didn’t want to just fall and hit. I was getting really dizzy and I’m going, ‘Oh my god, I think I’m gonna faint.’ So I didn’t want to stand there until I just fainted and cracked my skull open.

“So I just said, ‘Okay, I’m going to kinda go down.’ But about half-way down I went completely out, and I didn’t wake up until I got to the hospital.”

Meat Loaf also addressed critics who accused him of lip-synching on his recent tour dates. “And then I had all these stupid people – and I’m gonna call them stupid – telling me I’m lip-synching, when if you just listen you can hear my mic, live, hitting the floor.

“I don’t even want to deal with these stupid people. They’re a waste of my time.”

Meat Loaf currently has no scheduled live appearances, but new and rescheduled shows are expected to be revealed in the coming weeks.