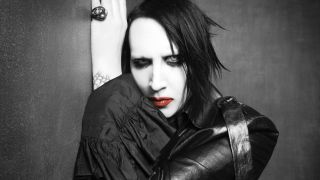 Marilyn Manson and Godsmack frontman Sully Erna have landed roles in an upcoming movie, according to reports.

The film Street Level has been written by Sons Of Anarchy actor David Labrava – the TV series which also featured Manson as character Ron Tully. Fellow Anarchy stars Mark Boone Jr and Drea De Matteo are also lined up for parts in the film which is scheduled for a Christmas Day release.

Last year Erna revealed his hope to crack Hollywood after landing a raft of roles on television and in movies.

He said: “I started just exploring the acting world and I started doing classes with a lady named Susan Batson, who’s a really top-notch acting coach — she does Tom Cruise and Nicole Kidman.

“From there, I started getting a little bit more involved in it, and I started landing small roles and I just recently did a role in a new Martin Scorsese movie called Bleed For This.”

Manson and Godsmack are both lined up to play this year’s Download festival at Donington Park on the weekend of June 12-14.