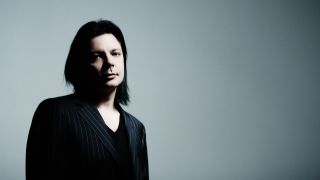 Love Amongst Ruin have issued a video for their new single.

Lose Your Way is also the title track for the band’s second album, due out on June 1. Love Amongst Ruin are fronted by former Placebo drummer Steve Hewitt and released their self-titled debut album in 2010. Perry Bamonte, formerly of The Cure, is the band’s bass player.

On the second album’s title, Hewitt says: “It’s how you can find things you love at certain times of your life and pursue, and years down the line you’d actually rather murder it and hate it.

“So it’s how your perceptions change as you go through life. Do you actually know where you’re fucking going? It’s trying to explain life’s difficult path.”

As well as working with Placebo until 2007, Hewitt had spells with The Boo Radleys, Breed and K-Klass.