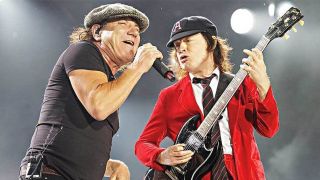 Men should avoid rock music if they want to stand a chance at winning board games this festive season, new research suggests.

Men were more distracted and made more mistakes when listening to AC/DC than when they listened to classical music, a study by London’s Imperial College and the Royal College of Music found.

Having music on had no effect on women and they generally performed better than men at the Operation board game involved in the study. It’s thought that rock music may cause more auditory stress in men than women, which affects their focus.

Lead researcher Dr Daisy Fancourt reports: “Although this study was all performed in our spare time, it is part of our wider research into the effect of music on performance – particularly in a medical setting such as an operating theatre.

“One of our areas of research is how we can boost performance in many different settings – from rowing in the Olympics to a musical performance.

“This study suggests that for men who are operating or playing a board game, rock music may be a bad idea.”

The study, published in the Medical Journal Of Australia, asked 352 visitors at a college science festival to play the game, which involves removing various body parts from a pretend patient – Cavity Sam – whose nose flashes and buzzes if your tweezers touch the metal sides of the body.

Meanwhile, the future of AC/DC remains in doubt after the departures of Brian Johnson and Cliff Williams this year – although guitarist Angus Young recently said he feels “obligated” to keep the band going.