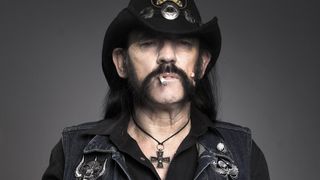 The last solo song that Motorhead’s Lemmy Kilmister recorded has finally been released.

He collaborated with guitarist Chris Declercq on the track We Are The Ones at Paramount Studios in 2015 – and it’s been released via Pacific Records.

It features Lemmy on lead vocals and bass, while the rock icon also co-wrote the song.

In an open letter to Lemmy (via Rolling Stone) Declercq says: “You opened a door no one else wanted to open for me. You allowed me to share precious moments with you as a composer, musician and friend.

“By helping me, you showed that you were the most generous, humble and honest man. I am honouring your gift every day and you are forever in my heart.”

We Are The Ones was co-produced by Cameron Webb and was later mixed by John Lousteau at Dave Grohl’s Studio 606 in Los Angeles.

The track also features former A Perfect Circle drummer Josh Freese and is available via iTunes and Spotify.

Lemmy died in December 2015 just days after being diagnosed with an aggressive form of cancer.

'You have to think of the good times': Remembering Lemmy one year on