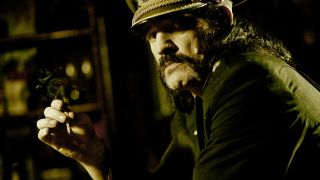 Photographer Martin Hausler is to launch an exhibition featuring his work at London’s Sanctum Soho hotel later this month.

On show will be a selection of Hausler’s images, which will include late Motorhead icon Lemmy, along with photographs of Slayer, Meat Loaf and Brian May – including a 3D life-size print of the Queen guitarist.

The opening night is on September 8 at 7pm, with the exhibition running until October 13.

Meat Loaf says: “This man is one of the greatest photographers of all time. If you miss it, you are wrong.”

Hausler began his career in the early 90s and has held various events across Europe since 2011. He’s recognised for his work with 3D photography and has also worked with artists including Bon Jovi, Paul Rodgers and actor Terry Crews.

He’s also behind the cover art for Meat Loaf’s upcoming album Braver Than We Are, which is scheduled for release on September 9.