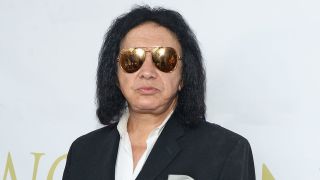 Kiss star Gene Simmons has reignited the controversy of his comments about Prince’s death, saying the late musician’s death was a “choice.”

Simmons found himself at the centre of angry outbursts in May after stating that Prince had died of a drugs overdose, despite the facts remaining unconfirmed at the time.

He later apologised for his comments about addiction, and explained himself by saying: “I have a long history of getting very angry at what drugs do to the families/friends of addicts. I didn’t express myself properly.”

Now Simmons tells WNOR: “I knew Prince. I knew Bowie and all that. Bowie died from disease – Prince died because of drugs. So did Michael Jackson.

“Drugs killed them. But it was a choice. It’s so sad. It’s sad that they went that way, because you have every reason to live. You hurt your fans, you hurt everybody.”

The bassist continues: “Drugs are a selfish thing. People use it because – who knows why? But I stated it for a fact. I said he died because of drugs use. People got very upset, but that’s why he died.”

He adds: “This generation, and previous ones, believe that drugs are a part of life, and I reject that. You play with fire, you’re gonna get burnt.”

Prince died in April after an accidental overdose. It’s been reported that synthetic drugs 50 times stronger than heroin were found in his home.

Kiss frontman Paul Stanley apologised on Simmons’ behalf for the bassist’s controversial comments, saying: “Embarrassed by cold clueless statements re Prince’s death. Without all the facts better to say nothing.” That led to a counter-blast from Simmons’ wife Shannon Tweed, who told Stanley: “Real friends don’t throw you under the bus.”

In praise of Gene Simmons, uber-troll