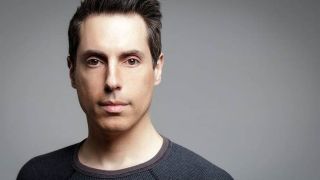 Kansas have announced that keyboardist Tom Brislin has joined their lineup.

The Sea Within member has been brought in to replace David Manion, with Brislin previously playing with artists including Yes – he appeared on Symphonic Live – Camel, Meat Loaf, Debbie Harry, Renaissance and former Styx member Dennis DeYoung.

Kansas drummer Phil Ehart says: “We are extremely excited for Tom Brislin to be the newest member of Kansas. His background speaks for itself, and we are looking forward to working with him.

“We cannot wait to get started, and think Kansas fans will really enjoy what Tom brings to the band.”

Brislin adds: “It’s an honour to be asked to join a such legendary band as Kansas. Their music has been in the soundtrack to so many of our lives, and their repertoire has enduring depth, beauty, and power.

“I’m thrilled to perform the classics and I’m equally excited to be a part of the new music that Kansas creates.”

Brislin’s first performances with Kansas will be aboard the Rock Legends Cruise in February, and will then head out on the road with the band on the Point Of Know Return anniversary tour from March.