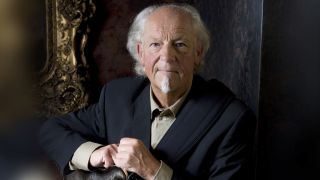 Martin Barre has described the end of Jethro Tull as a “big personal shock” that left him with a month to reorganise his life.

And although he wasn’t looking for a full-time solo career, he’s happy with the way things have worked out – even though he can’t help thinking about a future reunion.

Mainman Ian Anderson wound the band down in 2011 after deciding his future material would be released under his own name. Since then he’s been touring with his own outfit, while his former guitarist is doing the same.

“It was a big personal shock to finish. Essentially the floor was pulled from underneath me, and I had a month to start from the beginning again. I am free, but I wasn’t looking for freedom. I already had it.”

He describes the process as “very difficult on a business footing, an emotional footing and a practical footing,” but adds: “My neck’s on the line for better or worse, but I quite like that.”

Barre has informally discussed the possibility of working with some of Tull’s former members again. “It could happen – it could be good,” he says.

“But really, if you’re going to do that, have Ian as well. Have everyone from every era play two songs, leave the stage. It could be a big, fabulous thing. But it’s just an idea. Maybe a promoter with imagination could pull that together, but I can’t.”

He says of the band that made his name: “Now there is not a Jethro Tull. Maybe there will be in five or 10 years, but probably not. It’s sad, because I see bands like Fleetwood Mac, the Eagles and Toto out there having very successful tours.

“They’re very special bands, and they’re enjoying a resurgence of interest from that era. But unfortunately we’re not part of that.”