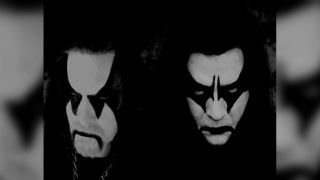 Immortal have confirmed that they’re working on new material.

The duo will now move on under the Immortal banner and have announced a new album is on its way.

The band say: “Immortal never stopped, we just had to go through a long legal process.

“Immortal is much more than just a band, and much more then just a form of music. The departure of one member cannot change that. We will continue what we believe in.”

The pair have named three of the tracks from the as-yet-untitled album which will be released via Nuclear Blast – Northern Chaos Gods, Called To Ice, and Blacker Of Worlds.

Further details will be announced later this year.

Meanwhile, Abbath will play a one-off show at London’s The Forum on September 18 with his new lineup featuring God Seed men King ov Hell and Baard Kolstad. Tickets are available via a Metal Hammer pre-order using the password THERETURNOFABBATH.