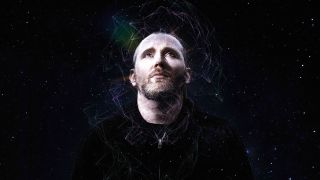 Says Collins, "Robin and I collaborated on many of the songs, while the album also features co-writes with [SOC’s] Dave Kerzner and Kelly Avril Nordstrom on songs I initially brought to the mountain of material earmarked for the second Sound Of Contact album.

"I'm proud of these new songs," he adds. "They reflect the person I am, the person I’m becoming, the person I'm striving to be. Writing songs on ‘becoming’, not just ‘being’, is a powerful tool and it’s about evolving in time and space. The music is generous, intimate, openhearted. There’s a lot of me living in these songs. They are deeply personal for me or anyone listening to them who has been through experiences of fear, love and hope. The joy of freedom, of acceptance and forgivingness. Of figuring out who I am or anyone is, and how we relate to the world. What is really going on? What is the truth behind the truth?"

Becoming Human finds Phil Collins’ son grappling with heavy subjects such as astronomy, cosmology and quantum physics, but its central focus is ultimately a conversation about surrender, renewal, uplift and mortality.

"I’ve spent a long time thinking about this theme. Even the production itself was a micro life cycle," he explains. "There’s a school of thought that believes humans become spiritual, but I think it's the other way around. To me, we are spiritual beings who are learning to become human. Are we a way for the universe to know itself, or is the universe a way for us to know ourselves? I suppose you could make sense of it either way, but the two mean something different."

Becoming Human is Collins’ fourth solo album and his first since the dissolution of Sound Of Contact – the band he co-founded in 2010, who went on to win the Limelight accolade in 2013’s Prog Awards. He describes the new album as “therapeutic” and reveals the gap between projects has allowed him time to “untangle the complicated arc of my emotional life. I've known some tumultuous times. So I've had to do a lot of digging and healing," he reveals.

Check out the video for Becoming Human.