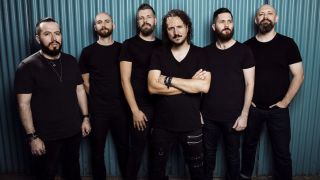 Haken's Vector album has topped the annual Prog Magazine Writers' Album Of The Year poll for 2018. You can listen to the whole album below.

The London sextet's fifth studio album was released in October on the InsideOut label. Although the shortest album the band have released, the concept album, telling the story of a patient in a catatonic state, responding to the treatment he is receiving from a sinister doctor character, featured some of the heaviest material the band have recorded.

"We're so grateful that Prog magazine have supported us from the start of our career," the band say. "To be awarded the No. 1 spot is absolutely incredible, especially with so many other great albums released this year. Thank you all."

You can see the full Top 20 writers' albums below.

Prog Writers' Albums Of The Year