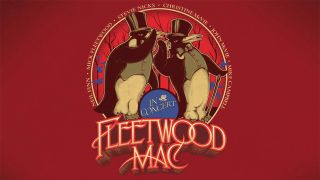 Fleetwood Mac have announced a 52-date North American tour, which will start in October and stretch into April next year.

News of the mammoth trek comes just a few weeks after the band confirmed that they had parted ways with longtime member Lindsey Buckingham due to a reported scheduling conflict around a world tour.

Tom Petty And The Heartbreakers guitarist Mike Campbell, and Crowded House leader Neil Finn were both brought into the band – and they’ll take part in the new tour.

Speaking about Buckingham's departure, Mick Fleetwood tells Rolling Stone: “Words like ‘fired’ are ugly references as far as I’m concerned. Not to hedge around, but we arrived at the impasse of hitting a brick wall.

“This was not a happy situation for us in terms of the logistics of a functioning band. To that purpose, we made a decision that we could not go on with him. Majority rules in terms of what we need to do as a band and go forward.”

As for the setlist on the upcoming run of shows, vocalist Stevie Nicks says: “There are 10 hits we have to do. That leaves another 13 songs if you want to do a three-hour show.

“Then you crochet them all together and you make a great sequence and you have something that nobody has seen before except all the things they want to see are there.

“At rehearsal, we’re going to put up a board of 60 songs. Then we start with number one and we go through and we play everything. Slowly you start taking songs off and you start to see your set come together.”

As for heading out on the road without Buckingham, Nicks says: “Our relationship has always been volatile. We were never married, but we might as well have been.

“Some couples get divorced after 40 years. They break their kids' hearts and destroy everyone around them because it’s just hard.

Nicks adds: “This is sad for me, but I want the next 10 years of my life to be really fun and happy. I want to get up every day and dance around my apartment and smile and say, ‘Thank God for this amazing life.’”

Tickets for the tour will go on general sale from 10am local time on Friday, May 4, from LiveNation.