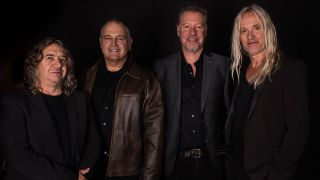 Dutch proggers Fish On Friday will release their new album, Black Rain, through Esoteric Antenna Records on April 17. The album is a concept album that looks at the  fast changing state of the world. Changing environment, refugees and global political madness.