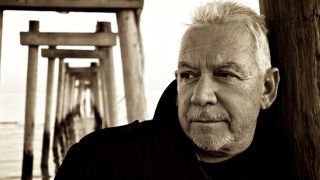 Eric Burdon, The Yardbirds, Groundhogs, Dr Feelgood and many others have been lined up for the 25th annual Great British Rhythm And Blues Festival, which takes place on August 22-25.

They’re joined on the bill by the Band Of Friends, Lucky Peterson, Eric Sardinas, Otis Grand, Mike Sanchez, Andy Fairweather Low, the Martin Barre Band, Caravan, Grainne Duffy and the Yardbirds, with many more besides.

An additional feature of this year’s event is the headline appearance of the Snake Davis Jazz Band on a new jazz stage.

A total of 600 artists will perform over the four-day festival in Colne, Lancashire, which last year won Best Blues Festival at the European Blues Awards 2013.

Organiser Alison Goode says: “We consider it a fantastic achievement to still be going so strong after all these years.

“Every year we try to cater for all musical tastes – and again, we’re really excited by the lineup we have already secured. We look forward to welcoming back loyal supporters who return year after year, as well as those visiting for the first time. It should be an anniversary to remember.”

Discount earlybird tickets are on sale now via the festival website.