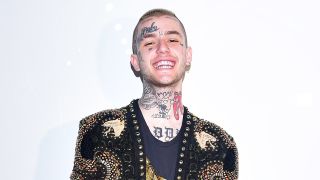 The rapper, real name Gustav Åhr, was reportedly taken to hospital following an overdose according to a statement made by his manager, Adam Grandmaison, The Guardian reports. The star had posted a video of himself on Instagram hours before his death, where he stated he had taken prescription drugs but reassured fans “I’m good, I’m not sick”.

Åhr, who had been widely tipped as “the future of emo”, released his debut album, Come Over When You’re Sober Pt 1, in August. His fusion of deeply personal lyrics with elements of hip-hop and punk had marked him out as a new innovator of the genre, while his profile had risen swiftly following a series of EPs and mixtapes released since 2015.

Musicians from the worlds of rock and punk have taken to Twitter to pay tribute.