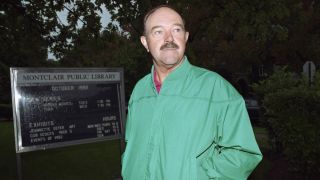 Renowned session drummer Andy White has died at the age of 85 after a “massive stroke.”

The Scottish musician, who famously replaced Ringo Starr on the recording of the Beatles’ debut single Love Me Do, died on Monday in New Jersey, USA.

His wife, the voice actress Thea White, broke the news to her husband’s friend and fellow sticksman Clive Edwards – formerly of UFO and Wild Horses.

She said she was “overwhelmingly sad” to report that her husband had suffered a “massive stroke” last week and died on Monday, having never regained consciousness.

White was born in Glasgow, Scotland, and as well as his appearance on the Beatles’ breakthrough hit, he worked with Chuck Berry, Billy Fury, Herman’s Hermits, Rod Stewart and Tom Jones in the course of a highly successful career. His drumming can be heard on Jones’ smash hit It’s Not Unusual.

He moved to America in the 1980s and latterly taught Scottish pipe band drumming.