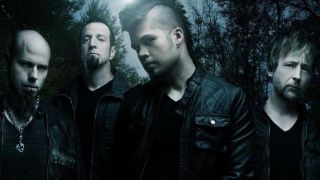 Drowning Pool have announced they’ll release their sixth album in 2016.

It’ll be titled Hellelujah and will be available from January 22 via eOne Music.

They signed with the label earlier this year for the follow-up to 2013’s Resilience and they plan on revealing the first track from the record in the near future.

They tell Revolver: “We’re excited as hell to announce the release of our new record. This is the most metal record from Drowning Pool to date. Be on the lookout for the new single. Can we get a Hellelujah?”

The band will host a Halloween-themed live show at Ferg’s Live in Tampa, Florida on October 23. The best-dressed costume on the night will win $1000.