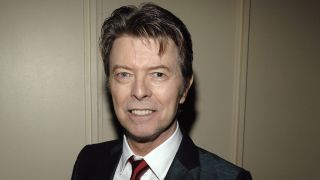 David Bowie’s art collection will go on show in an exhibition at Sotheby’s in London this November.

The collection of 400 works titled Bowie/Collector, will be on display for 10 days before being auctioned.

Bowie studied art and design at technical college and admitted to “obsessively and addictively” buying art.

With the help of his novelist friend William Boyd, Bowie founded his art book publishing company 21 in the mid-90s. In 1998, they held a party at Jeff Koons’ studio in Manhattan to launch a book paying tribute to the life and work of an imaginary artist called Nat Tate. It has been described as one of the greatest art hoaxes in history.

Boyd tells the BBC: “Without his participation it would never have been as big a hoax as it turned out to be. Everybody loves a hoax and I think to fool a bunch of self-important intellectuals is no bad thing from time to time.”

Proceeds from the sale will go to Bowie’s family.