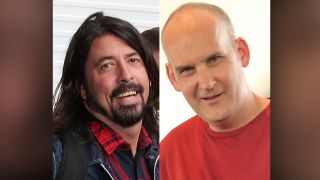 Foo Fighters mainman Dave Grohl has revealed a fan letter he wrote to Ian MacKaye of Minor Threat and Fugazi in 1983, when he was 14 years old.

The young hopeful asked for help with getting his career rolling – and asked MacKaye to call him before his 10pm bedtime.

Grohl tweeted a section of the note and said: “Look what my hero Ian just found!”

The Foos are currently touring the UK in support of last year’s album Sonic Highways, with five shows remaining:

May 30: Slane Castle – with Hozier, Kaiser Chiefs, Ash, The Strypes