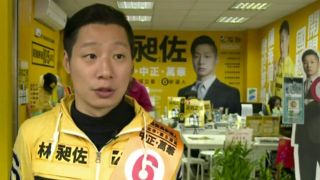 Chthonic frontman Freddy Lim says running for office has taught him to pay more attention to issues that might not concern him as much as the things he cares most deeply about.

The singer is standing as a New Power Party candidate in Taiwan’s 2016 election, hoping that his record of fighting for human rights and aiding in disaster relief will convince voters to give him their backing.

He tells the BBC: “With the music, I just play what I like. But with elections I can’t only talk about the things that I care about like human rights and environmental protection. I have to focus on voters’ concerns, which could be something as basic as traffic or crime.”

This year, a record number of candidates are competing for votes. But with many young people protesting over corporate pollution and issues such as land seizures, Lim’s policies could prove to be a winner.

He adds: “In the past two to three years, Taiwan has entered a very critical stage of reforms. Everyone is working hard in hopes of improving Taiwan’s democracy. I feel we can’t always stand on the sidelines. We have to stand up and work for change in these critical times.

Lim previously told TeamRock that Chthonic would release a new album in 2016. The band have also been working on an action film, which features Lamb Of God mainman Randy Blythe as “rock star-ish Bruce Lee” character.

Taiwanese Democracy: Why Chthonic's frontman is running for office