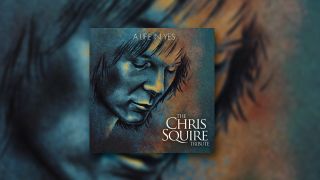 A Life In Yes is a star-studded tribute album to the late Yes bassist Chris Squire. It will be released through Cleopatra Records on November 16. A Life In Yes has been produced by current Yes bassist Billy Sherwood and alongside various Yes alumni it will feature guest appearances from members of Marillion, Renaissance, Toto and Curved Air as well as Steve Hackett, Todd Rundgren, Dweezil Zappa and more.

As reported on the Yes Where Are The Now website, the full tracklisting is as follows:

The Technical Divide originally appeared on the 2012 Prog Collective album, and Comfortably Numb on 2002's Pigs & Pyramids—An All Star Lineup Performing the Songs of Pink Floyd.

Commenting on the absence of long-time former Yes members Jon Anderson, Rick Wakeman and Trevor Rabin, Sherwood is quoted as saying: ""this record is a labor of love and being made to honour my very dear friend Chris... This is the last place where I would let ugly politics muddy the waters. In case you're not up in current events... And so since it's my baby, I've invited all those who loved Chris and truly were motivated by the spirit of Squire."