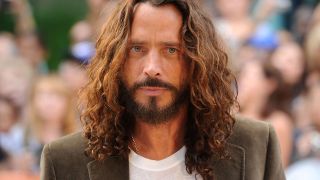 A tribute concert in memory of Chris Cornell is to be held early next year.

The show is titled I Am The Highway: A Tribute To Chris Cornell and it’ll take place at The Forum in Los Angeles on January 16, 2019.

A statement on the concert reads: “The event will feature performances from the members of Soundgarden, Temple Of The Dog and Audioslave, plus Foo Fighters, Metallica, Ryan Adams and many more.”

US TV star Jimmy Kimmel will host the event, while tickets will go on sale on Friday (November 16) at 10am local time.

Proceeds will go towards the EBMRF (The Epidermolysis Bullosa Medical Research Foundation).

This Friday, a career-spanning collection of Chris Cornell’s work will also be released.

Simply titled Chris Cornell, the compilation was brought together by Cornell’s widow Vicky and artists who worked with the vocalist.

It’ll arrive on standard formats along with a limited-edition Deluxe Box Set and a Super Deluxe Box Set – both will include a total of 11 previously unreleased tracks.

Chris Cornell Box Set
This new collection brings together choice cuts from late Soundgarden, Audioslave and Temple Of The Dog frontman's career and features a total of 88 tracks. Not to be missed.View Deal