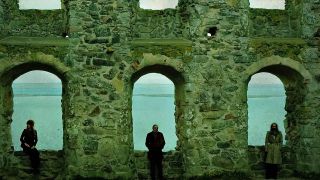 Texan synth prog trio Dallas Acid have released their new video for Emaljets Hav. You can watch the whole thing below.

"Emaljets Hav translates to 'The Enamel Sea' in English," the band tell Prog. "It is a cautionary tale about the accumulation of toxic plastics, chemicals, and other pollutants being dumped into our planet’s waters. The song describes the vulnerability of the environment’s beauty and the billions of lives that are at stake once these waters become permanently altered into an unrecognisable substance, incapable of sustaining any form of life on planet Earth.

"[The video] was filmed by Linda Beecroft and edited by Dallas Acid. We filmed it in Snoqualmie Falls (it’s the water fall featured in Twin Peaks by the fictional Great Northern Hotel). We filmed it on a day off our last west coast tour!”