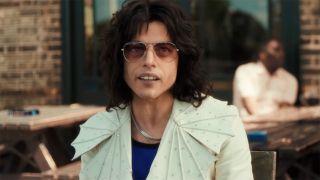 Queen biopic Bohemian Rhapsody has been a massive success across the world since it went on general release late last year.

It’s received plaudits right across the board and has won a cabinet full of awards, including Golden Globes, BAFTAs and a haul of Oscars, including one for Best Film Editing.

However, the scene where Queen meet manager John Reid for the first time has been called out by film fans because of its choppy camera work, where it flicks quickly between various cast members.

And it turns out that scene isn’t a favourite with editor John Ottman, either.

The Washington Post report (via ET Canada) that it was shot by director Dexter Fletcher shortly after Bryan Singer was fired from the set, and due to scenes being shuffled and cut, there wasn’t adequate time to perfect the final shots.

Ottman says: “Whenever I see it, I want to put a bag over my head. Because that’s not my aesthetic. It may still be possible to fix the editing problems in that scene, though.

“If there’s ever an extended version of the film where I can put a couple scenes back, I will recut that scene!”

If you have yet to see the film, which is out now on DVD, Blu-ray and 4K digital, the scene in question can be watched below.

Meanwhile, last week it was reported that a sequel to Bohemian Rhapsody was “being discussed” by Queen.