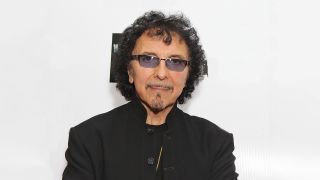 Tony Iommi has reassured Black Sabbath fans that he hasn’t suffered a setback in his cancer battle, after rumours exploded yesterday.

The speculation was fuelled when Sabbath reported that their farewell show, announced for Japan in November, would not take place, and that frontman Ozzy Osbourne would perform with his band of friends instead.

Ozzy took over a run of Sabbath shows in 2012 after his colleague’s lymphoma treatment forced him off the road.

Iommi says via Facebook: “Thank you for all the enquiries about my health. Very kind. I’m not sure how the rumour started as I was away on holiday.”

He adds: “Once you’ve had something like lymphoma, the fear that it will return never leaves. All I can say is that right now I’m fine, and I have regular blood tests.”

In January he admitted there was a 70% chance his cancer would return, saying: “Every day I feel around for lumps and bumps. It’s horrible. I even dream about it – but that’s my life now.

“Sometimes I wonder if I should try to live a more peaceful life. Then I think, ‘I don’t want to let the illness take over.’ After all, I enjoy where I’m at now.”

Meanwhile, despite Ozzy’s wife and manager Sharon Osbourne having announced the final show herself, a spokesperson for the band tells Rolling Stone: “Although there have been discussions about a farewell tour, nothing has been confirmed.”

Sabbath are expected to record their last album in the coming months, with the possibility of drummer Bill Ward’s return not ruled out.