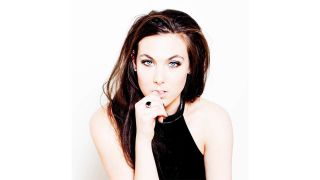 Amaranthe’s Elize Ryd says she can’t pigeonhole the band’s sound and reckons they invented their own genre.

The Swedish band’s joint vocalist says each member of the group brought their own influences to the table when they formed in 2008. She wanted to infuse the pop stylings of stars like Beyonce with Jake Lundberg’s love of 80s rock and guitarist Olof Morck’s classical background. Bassist Johan Andreassen’s punk obsession helps add to the mix, says Ryd.

She tells Yell: “I would say that we probably, by coincidence, created our own genre. I don’t see myself as a specifically metal girl. I see myself as a musical artist. And from musicals, you can do rock – like Queen musical We Will Rock You or Mamma Mia which is pop, or Les Miserables which is classical.

“I’m versatile. I thought it would be so cool if I could sing like in a Beyonce-type voice. I’d never heard that in metal before. We are different as people and we put in what we are best at. Olaf comes from a classical background. Johan is the punk guy, Jake is good at his 80s rock thing. We never try to adjust to a specific kind of genre, we just stay true to ourselves then write together.”

Despite the varied influences, Ryd admits that metal shines through the strongest.

She adds: “Metal is the strongest element to it. For me it’s mostly about putting out a message. And if someone considers that message to be rock, pop or jazz – that’s up to them.”