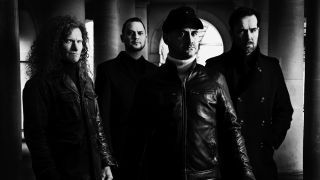 Akercocke have confirmed that the band have reunited and they’re working on their sixth album.

Akercocke, formed in 1997, were last active in 2011 and announced their split the next year, after abandoning work on the follow-up to 2007’s Antichrist.

The band say: “We have returned fuelled by positivity and a new collection of unique, challenging material. Akercocke’s raison d’etre has always been to try and develop our sound from one album to the next.

Further updates are expected in the very near future.