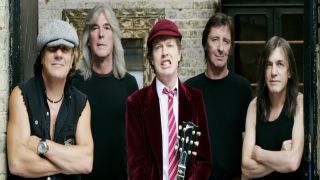 It's been on the cards for the past 24 hours and now it's been confirmed via AC/DC's Facebook page that Malcolm Young is taking a break from the band due to his ill health.

In an official statement posted on AC/DC’s Facebook page, the band have said: “After forty years of life dedicated to AC/DC, guitarist and founding member Malcolm Young is taking a break from the band due to ill health. Malcolm would like to thank the group’s diehard legions of fans worldwide for their never-ending love and support. In light of this news, AC/DC asks that Malcolm and his family’s privacy be respected during this time. The band will continue to make music.” Rumours had been running wild on the internet since it was alleged that Malcom Young, rhythm guitarist and founding member of the group, was no longer able to play. The rumours were originally denied by frontman Brian Johnson.