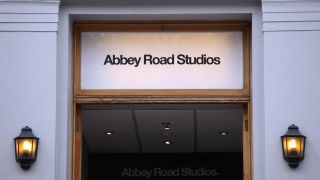 Abbey Road Studios has teamed up with Google to allow music fans to go on an interactive digital journey through the world’s most famous recording facility.

The Inside Abbey Road website allows users to explore the three main studios and the main mastering suite at the London venue where the Beatles recorded much of their back catalogue and other artists including Pink Floyd, Oasis, Deep Purple and Kate Bush made records.

Giles Martin, a producer based at Abbey Road for artists like Paul McCartney, grew up at the studios where his father Sir George Martin produced the Beatles.

He says: “This collaboration with Google gives the outside world a great insight into the everyday workings of the studio and allows anyone to glimpse the magic that goes on inside the world’s most famous recording studio.”

Users can play with equipment in specially designed interactive gadgets, such as the four-track recorder that was used to record Sgt Pepper’s Lonely Hearts Club Band.

Abbey Road managing director, Isabel Garvey, says: “We’re best known for some of the amazing music created at the studios but Inside Abbey Road gives music fans and musicians unprecedented access to find out a lot more about the studio’s role in unleashing some of this creativity, whether that’s with legendary artists known all over the world or those just starting out.”

The site can be viewed via desktop and mobile devices.