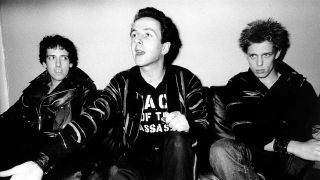 What with the endless critical bonhomie and goodwill directed towards The Clash’s formidable legacy – these days a thriving mini industry in itself — it’s easy to believe that everything they touched turned to gold. That’s not true by a long stretch.

Sifting through their extensive body of work is a reminder that The Clash were a highly flawed band. Flawed, but utterly necessary.

I don’t say this to be controversial; I love The Clash. Like thousands before and since, they directly led to me leaving the provincial Northern hinterlands and gravitating towards London, to a squat without furniture but plenty of spliff, Red Stripe and black military shirts.

Over the years scores of bands – The Prodigy, Green Day, The Libertines – have told me similar such stories during interviews. The Clash’s open-mind musical policy was inspiring too; they loved the reggae of their era and I embraced the early jungle of mine. Their greatest legacy was to send their fans off on their own pan-international musical voyages of discovery.

Discovering the band’s debut via repeated late-night sweaty footage of them playing in Manchester in 1977 opened up a whole new world for me. To love The Clash is to take them warts and all… but The Clash is only a half-decent debut.

For every thunderous I’m So Bored With The USA, there’s a directionless Deny; for every thrilling White Riot, an underwhelming 48 Hours. The critics who cussed the band for their technical limitations and perceived style-over-substance were correct on one level but missing a wider point: here, the energy was the art-form.

The anger, rage, disdain and confusion in the likes of Career Opportunities and What’s My Name is the sound of a band in the here and now: The Clash is an album that seems to say, let’s get this over with because the future is waiting. It’s the sound of the world viewed anew, the past being razed, if not in sound then certainly philosophically.

To any teenager this should be exciting. At its best it’s an urgent dash through a repertoire already being ditched, a blur of wide eyes, chewed lips and hearts thumping madly in skinny pigeon chests. Yet it still took a cover of Junior Murvin’s Police & Thieves – a misleadingly sweet-sounding reggae tune about end-times state brutality – to truly break from rock tradition.

Raised on reggae, folk, R&B, rockabilly, glam and soul, it was evident that The Clash’s early rejection of all things past could only ever be a posture, but in 1976-77 it was a key to punk’s revisionist recalibration of its own critical/cultural faculties.

Ultimately The Clash is more a blueprint or signpost than a classic album. Listening now, more than a quarter century on since the pre-pubescent version of me first heard it, I don’t like many of the songs. But I still feel their resonance – always.