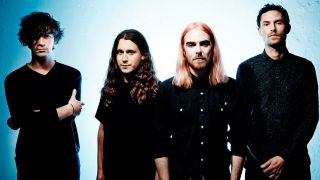 I’m a pretty keen gamer and have been since I was a child. Games are everywhere these days, from phones to tablets to consoles, but I love to kick back at home or on tour in the van and lose myself in a video game once in a while. I guess it could be seen as a form of escapism, or a way to turn off from everyday life. However you perceive video-games, they are something I love to enjoy and get lost in, so here are my 10 favourite games of all time. This was pretty tough to decide on, and I’ll be kicking myself when I realise what I’ve gone and forgotten. Enjoy!

I remember this being the first game I ever played when I bought a SNES and to this day I still play it. There was something so awesome about jumping on the back of a little green dinosaur, hitting it on the head and watching it eat anything and everything in sight. Oh, and let’s not forget the massive map – it was such a big game for the time!

I’m a huge Resident Evil fan and this game totally turned the standard RE game mechanics around – which made a lot of fans nervous before release. These nerves disappeared pretty quickly when the game hit the shelves. Many believe RE4 to be one of the better later titles of the franchise, and I feel the same. It had so much going on with the story, upgrading weapons, collecting items, and some of the enemies and sound effects were super eerie.

Still the best Zelda game ever made, for me. I can’t count how many times I’ve completed it. It still looks and plays like a dream, even today. OCT went on to sell 7.6 million copies and was one of the biggest selling N64 and Zelda games ever, and if you’ve ever played it, you’ll know why. Although, it does sound like the new title Breath Of The Wild could well steal the top spot by the looks of it…

This was my first taste of online gaming and it absorbed more of my time than any other game has when it was first released. Me and Tom, our singer, were completely addicted! It had amazing graphics for the time and anyone could literally join in on the fun, as the multiplayer wasn’t over complicated and the mechanics were pretty straight forward. Run ‘n’ gun fun!

Marvel vs. Capcom is a game where you can pit heroes and villains against each other from both the Marvel universe and Capcom fighter franchises, and kick seven shades of shit out of one another. Just take my money now…

I loved this game so much that I recently bought the soundtrack for it on 12” vinyl. It brings back so many memories and is without doubt the best side scrolling beat ‘em up game of all time. If you’ve never played this, find it online now right away.

I used to be a pretty big into Call Of Duty online not long back, but they’ve absolutely tired the franchise out at the moment. I’d never been a Battlefield player before, but due to the setting and world BF1 was framed in, I thought I’d give it a try, being fed up of wall-running and laser rifles (yawn… Infinite Warfare, Black Ops 3, etc). BF1 has seamless gameplay and the sound and graphics are totally immersive. An outstanding game!

I mean, I’ve never been this scared or freaked out by anything in my life, including films and real-life! Resident Evil 7 returned the series to its survival horror roots and intensified the scare-factor tenfold. It really is an utter rollercoaster of a game and there are points where you literally have to take a five minute break, just to catch your breath back. It’s an incredible game and experience.

So, Metal Gear got upgraded to an open world adventure for its finale, and for many the idea of this didn’t sit very well, but I found the experience absolutely incredible. The game leaves all the decisions on how you take on its vast open world down to you, giving you endless possibilities and freedom to do whatever you like. You can sneak around like a ninja and subdue waves of enemies without killing them, or call in airstrikes and blitz a base into a fiery death-pit of doom.

This is 100% my favourite game of all time! The music, characters, story, graphics and game engine are absolutely sublime. It truly is a cinematic experience, and the level of detail and appreciation of the player is probably perfect. You feel so connected to the game and its story that it truly is so hard to put the controller down from the offset. Hideo Kojima [the game’s producer/director] is a genius.

Pulled Apart By Horses’ new album The Haze is released this month - click here to pre-order a copy. You can catch them on tour at the dates below:

The Xbox is 15 years old. Here Are 8 Almost-Forgotten Games That Built A Legend

A Metalhead's Guide to Space Games