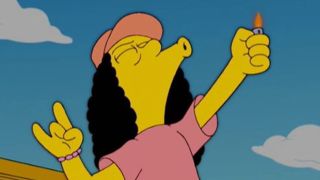 It seems that Metallica broke the internet when they announced news of their 11th studio album Hardwired… To Self-Destruct last night along with posting the opening track Hardwired.

Before the internet became a thing, if a Metallica fan liked a song or not, they’d just have to go to their friends houses, write letters or simply lean out of the window and give their opinion to any passers by. But now, with Twitter, Instagram, Snapchat and whatnot, everyone was able to give their verdict on Metallica’s four-minute thrasher in the time it took Hetfield to reach the chorus. Some loved it, some really loved it, some got angry while others decided to just learn the whole song and film themselves playing it.

Here then, are the best reactions to Hardwired so far…

The general reaction to the new track was summed up perfectly by an excitable Jonah Hill. Some people even put their feelings into words, too. One fan just picked up his guitar and played the whole song, like it was the easiest thing in the world.

Not everyone was cracking open the champagne after listening to the track. Some people became mean-spirited and just plain weird about it. Like Taryn Idiot. Probably not her real name.

One main criticism following yesterday’s announcement was concerning the album artwork, a hellish mashup of all four member’s faces in a tormented head. A bit like the rush of emotions you get after standing on a plug or a piece of Lego. Whatever the band were trying to convey, some people weren’t having any of it.

Well, you can’t please everyone all of the time. Remember when people choked on the Black Album artwork? Anyway, what did you think of the new Metallica song? Tell us below!