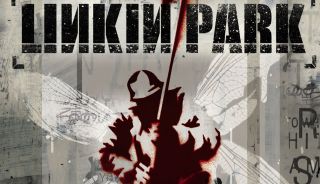 Chester Bennington was furious. The singer paced back and forth in the lobby of NRG Recording, literally punching the studio walls in frustration. Producer Don Gilmore was convinced that the chorus on one of Linkin Park’s new songs wasn’t strong enough, and nothing Chester tried seemed to work, with the producer demanding take after take to the singer’s mounting irritation.

“I just wanted to punch that dude in the face,” recalls the singer. “I was so pissed – nothing I did was good enough for him. I thought, ‘Man, everything you say to me takes me one step closer to the edge… and I’m about to break.’ And then I thought, ‘Wait, that might actually work!’

Chester had moved to LA from his native Arizona one year previously, following the break-up of his band Grey Daze. An acquaintance in the music industry had sent him a demo from a band called Xero, who were looking for a vocalist, and the then-23-year-old singer was convinced that this was his golden ticket to the big time: “The second I played the demo, I knew it was special,” he says. “I knew right away. I thought, ‘This is the one.’”

Unfortunately, the music industry didn’t initially share the singer’s enthusiasm, and label after label passed up the chance to sign the band.

“I think we confused people,” Chester admits. “Nobody really knew what to do with us. They were thinking, ‘How do we promote this? Where does this go at radio?’ I could see how they thought it was just too much work. It was a pain in the ass, but it gave us time to figure out who we were as a band, and gave Mike [Shinoda] and I time to get comfortable with one another.”

The relationship between Chester and Mike was fundamental to Linkin Park’s development. An intense, serious young man with a troubled upbringing, Chester had heavy baggage when he joined the band, and he opened up to his new friend about his problems with drugs and alcohol, the sexual abuse and bullying he suffered as a child, and his anger issues. Together, the two lyricists sought to channel these dark experiences into empowering songs. Songs, says the singer, “that people from all sorts of different backgrounds could relate to.”

The material that would be compiled as Hybrid Theory came together over the course of a year, before Warners offered the band a deal, and booked them two months in the studio with Don Gilmore, who had previously worked with pop-punk bands Eve 6 and Lit. Chester recalls the sessions at North Hollywood’s NRG Recording as “intense” – at one point the record label tried to ditch Mike (“which is probably the funniest thing in the world,” laughs Chester) – with vocals being tracked at the eleventh hour.

“We would rewrite lyrics, like, 75 times,” says Chester. “It was crazy. But because we didn’t take the short cuts, it ended up meaning more. We believed in what we were doing so much, and we were like, ‘Fuck, why can’t anybody else see this?’ But when the album came out, I guess they saw it…”

Hybrid Theory was released in the US on October 24, 2000, and entered the Billboard chart the following week at Number 16. Chester recalls making a bet with a friend that the album would sell 500,000 copies by Xmas: it actually reached that figure by Thanksgiving, at the end of November, and kept on selling…

“You’re thinking, ‘This is crazy, but OK, it has happened to other bands’. But 18 months later, we were still selling 100,000 copies a week, and you’re thinking, ‘Holy shit, this is some Michael Jackson shit, I don’t understand what’s going on.’ It’s like all the effort and energy we put into that record just exploded on to the world and people just got it.”

Not everyone ‘got it’, however: the more cynical and jaded among the metal community regarded Linkin Park as little more than a boy band with guitars, and an affront to ‘real’ metal. Asked if he recalls the offence taken by elitists who believe it to be their personal mission to protect the integrity of metal, Chester Bennington bursts out laughing.

“I think that’s really funny… just those words, ‘The integrity of metal!’” he giggles. “In my opinion we actually kept metal alive. I met a kid a few days ago who said, ‘You were the first rock band I ever listened to’ and I hear that all the time. All the time. We played a surprise Vans Warped tour show a few years back [in Ventura, California on June 22, 2014] and had a whole bunch of singers from other bands come up and sing with us [including members of A Day To Remember and The Devil Wears Prada]. Every one of them was either, ‘Your band was my first record’ or ‘Your band is the reason I’m playing music’. I was like, ‘Holy shit!’ It was maybe the first time where I felt like we were the band that people looked at in the way that I look at Deftones and Metallica and Stone Temple Pilots.”

For years, people have said that it’s impossible to imagine the metal world without the influence of Black Sabbath, Metallica, Pantera and Iron Maiden, which is an undeniable truth. But when one considers the look, sound and feel of metal post-2000, it’s hard to look past Hybrid Theory, with more than 28 million copies sold, as the single most influential album of this century. Ask Bring Me The Horizon, ask Of Mice & Men, ask 1,000 different bands learning their craft in rehearsal rooms and garages from Bradford to Bangalore: for a new generation of metal fans, this is the album that changed everything.

“It certainly changed everything for us,” laughs Chester. “I look back and think, ‘Would this be the best record we could write today?’ Probably not. But it was definitely the best record we could write at that time. And here I am now talking to one of the biggest music magazines in the world, about how awesome that record is; I could never have imagined that in 1999. It’s a hugely rewarding feeling and we’ll never take this for granted.”