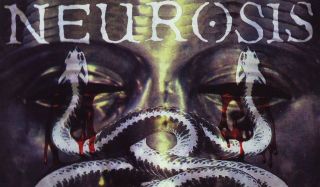 Spawned from a messy collision of Black Sabbath’s downcast metal, Black Flag’s tortured hardcore and the sub/dom grind of early Swans, shaken up with lashings of cheap whisky and bad pharmaceuticals, sludge metal crawled out of the woodwork at the end of the 1980s and stunk up the 90s underground with its raw honesty and ugly sound. Bands like Mastodon, Kylesa, Baroness and Torche later spun the sludge influence into brave new worlds via prog, psych, stoner, hard rock and pop, but these are the subgenre’s ten mightiest foundation stones.

Melvins had a profound effect on the emerging grunge scene, frontman Buzz Osbourne waggishly noting of Kurt Cobain “If it hadn’t been for us, he’d still be that little Led Zeppelin stoner.” But they painfully birthed the entire sludge sound on this freakish 1987 debut; follow-up Ozma advanced the form, but the impact was made here.

Eyehategod - Take As Needed For Pain

I Hate You, Hate Grows Stonger, Ruined, Fed Up, Stricken, World Of Hurt: the titles say it all. These Boston mood-stranglers operated up a similar alley to Eyehategod, but with any remaining groove, swing and vivacity removed and inhumanely destroyed with anguished guitar tones and Jeff Hayward’s disaffected bellow.

Buddies from Pantera, Crowbar, Eyehategod and COC were jamming old-school doom riffs for fun from 1991, passing around mysterious demo tapes until Elektra signed them up for this righteous debut. Although a Billboard-charting, major label heavy metal classic, NOLA remains suffused in the sound, style and spirit of swampland sludge.

Neurosis - Through Silver In Blood

The Oakland bruisers’ fifth album took the fundamentals of sludge spiralling off into the stars, perfecting the sextet’s trademark blend of earth-quaking riffs, nervy hardcore menace and ritualistic dark ambience on uranium-weight fist-raisers like Locust Star and Eye. It expanded the scene beyond sludge, into a post-metal universe of their own unwitting creation.

Sludge had been predominantly an American art form until these Nottingham yobboes cornered it in an alley, roughed it up and pissed all over it. Apart from their visceral streak of urban nihilism, tempestuous chemistry and surreal, self-deprecating black humour, their approach was distinguished by the full-force delivery of much-missed frontman Johnny Morrow.

On Crowbar’s fifth album, Kirk Windstein proved straight away that his sweaty band of aggro beefcakes could tug the hardest heartstrings, with the melodic emotional resonances of Planets Collide. It’s the band’s best song, but Kirk’s gravelly howl and hulking low-end riff mastery find their strongest setting throughout.

Corrupted are the scene’s most fiendishly abstruse, contrarian entity: a Japanese band with Spanish lyrics, refusing interviews or photos, whose best album is predominantly ultra-minimalistic meditative ambient. But when the sludge kicks in with such monstrous, body-buckling weight and intensity, you realise the surrounding quiet tones have merciful healing qualitites.

The shambling bell-bottomed lollop that Matt Pike perfected with stoner godheads Sleep was banished forever, replaced by a mean streak of skull-crushing barbarity, ramping up the abrasive guitar alchemy and bare-chested machismo in flat-out classic tunes like Devilution, the Lovecraftian Face Of Oblivion and the epic, definitive title track.