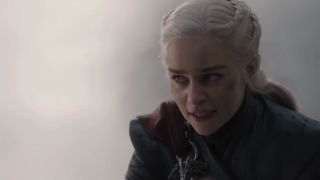 Are you a Game of Thrones fan? Of course you are. Who isn't? Well, if you are up to speed with the epic fantasy drama, you will of course still be haunted by THAT scene and THAT battle – the battle we've been waiting eight seasons for – Daenerys Targaryen finally storming King's Landing.

We were shocked, we were stunned, we were surprised... or perhaps not too surprised given the history of her family. But, whether or not we were expecting what went down that fateful day in Westeros, we certainly thought it couldn't possibly get better, any MORE epic.

YouTube user, Danny Peck, showed us just how wrong we were by setting it to the most perfect soundtrack ever: Metallica's For Whom The Bell Tolls.

And Reddit user Brooooook did the same thing with AC/DC's Hells Bells.

Bravo, Danny, bravo. Bravo Brooooook. They're both exquisite, and you can watch them below...